a voice came from the cloud, saying, This is my son: hear ye him. 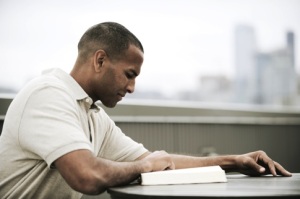 A unique online university with world-class teaching for all

You can read more about the ethos below or proceed straight to the courses listed.

Welcome to YaYiN, an online university with a unique approach to advanced discipleship. Everything you will study in our schools: the School of Knowledge, the School of gifting, or the Yeshivah, leads to a better understanding of the Messiah. Yeshua Ha Maschiach commissioned his disciples to go into all the world, preach the good news and make disciples (Matt. 28:19). The word, ‘disciples,’ translated as simply ‘learners’ from the Greek word, ‘mathetes,’ is better rendered as ‘talmidim‘ in Aramaic. Yeshua would have given this commission in Aramaic. Talmidim were not simply focused on acquiring knowledge as seen in many of the Greek academies of that time and modern western institutions but were equally keen to live a life that fulfilled God’s commandments. A Talmid is a master disciple who absorbs every aspect of learning and living. The Messiah is seeking to find such true Talmidim and this is the level of ability that is developed at YaYiN.

A Talmid is a student of extraordinary talent and ability 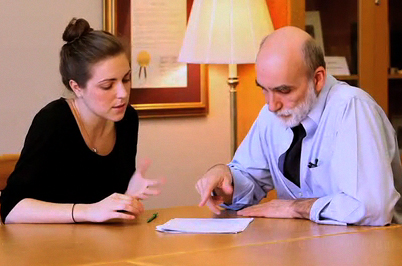 A small group tutorial with a master teacher

A Revolutionary Approach to Exegesis by linguistic Analysis

A Talmid was, therefore, a very particular type of learner: he emulated, imitated, and sought the approval of his teacher or “Rebbe” – even as we seek to imitate our Lord and master, Yeshua. Imitation was an important principle. A Talmid also used a primarily Hebraic exegetical approach for interpreting the scriptures, understanding that G_d chose to transmit many of the deepest scriptural truths about his Messiah using the Hebrew language and culture (as well as Greek). Also, God dictated the temple design, materials, feasts, sacrifices and laws so they were earthly representations and projections, in visual form, of heavenly culture rather than Hebraic culture. (Heb. 9:23). This culture was given to Moses by G-d in order to reveal the truths of Messiah(Gal.3:24). It prefigures the kingdom. It is the application of this method of exegesis that produces Talmidim of exceptional, world-class quality. Grasping this fundamental principle and revelation is vital in the development of true Talmidim and fulfilling the commission. This is what you will learn at YaYiN.

All nations and peoples are called to follow and become disciples

A God Reaching out to All Nations: an International Perspective at YaYiN

YHWH is not, therefore, a local tribal deity: he is the G-d of all the nations! The Hebrews were not chosen because they were the greatest of all people. On the contrary, the scriptures reveal that it was because they were the least numerous of all people that they were chosen and commissioned to transmit the revelation of the Messiah (Deut. 7: 6,7; Dt.26:5). God seems to use those who appear the least likely in order to demonstrate his love and power. It was only after the attempt to deal with mankind as a whole ended in failure at the flood that G-d narrowed the lens to a single person: Abraham. Abraham’s seed would be the conduit of blessing to the world. This is why the scriptures seem to lend themselves to a primarily Hebraic or rather an Abrahamic mode of interpretation (the word ‘Hebrew’ comes from Abar’– to pass over). The deeper message is that all nations would be blessed by the Abrahamic covenant. YHWH is a God of grace through faith.

2. Hearing the Gospel as the disciples would have heard it at YaYiN 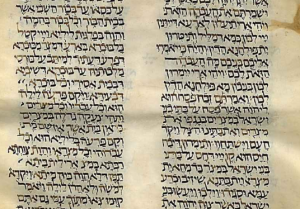 unearthing the treasures of meaning in the language the scripture

Yeshua Contextualised His Message, So do We

It is therefore very difficult to adequately exegete the scriptures without deeply engaging the original Bible languages. Yeshua Ha Maschiach endorsed this  type of exegetical approach by contextualizing his message to his talmidim and to the world into the existing Jewish culture in his famous inaugural discourse, ‘the sermon on the mount.’ He applied well-known Rabbinic literary and hermeneutical devices (seven rules of Hillel, pardes) to highlight the Old Testament scriptural references to the Messiah and announced their present fulfillment. He re-interpreted these messianic verses, explaining them in a new and astonishing way to reveal himself as the son of G_d. The implication of his discourse was that he was the long-awaited Messiah and all Israel, indeed all the Gentile world must now become his Talmidim.

3. Revealing the logos, the Divine Word of G-d, the Son of Man, and Son of G-d at YaYiN

The Revelation of Jesus, the Divine ‘Son of Man’ seated on the throne

At YaYiN, You Learn the Medium And Message

The revelation of himself in scripture would have been immediately recognized by his audience who were familiar with the protocols of speech, the Hebrew language, and the oral law. They would have recognized Yeshua’s claims to be the divine ‘Son of man’ (Ezek. 1; Dan.7:9). The medium was thus a vital part of his message. For those who heard his teaching and message, the light would have dawned; it would have been a moment of revelation (or ‘pshat’). Christ, therefore fulfilled all of the law and the prophets. These precious insights about his lordship for all mankind have unfortunately been largely lost on the body of Christ Today who are unfamiliar with life in first-century Israel. A prime rule of exegesis is that we can’t know what it means to us unless we know the context and meaning for the original audience. In YaYiN you will be taught the full extent of the meaning of the Messiah’s words and so be able to experience the joy that the disciples felt when they understood that the Messiah was here.

The name, YaYiN (Hebrew for wine), is a simple notarikon representing the new teaching which Jesus, Yeshua Ha Mashiach introduced. This has emphases on both the theoretical and practical aspects of Yeshua’s ministry. These aspects are expressed in the schools of gifting and knowledge. Although the Schools of Gifting and Knowledge offer precious insights,  the ‘jewel in the crown’ is the Yeshivah with the prime focus being the study of the Messiah, Yeshua, Jesus. It is this combination of attributes that makes studying at YaYin a rewarding and unique experience. The knowledge and revelation taught at the Yeshivah, therefore, require students of the highest academic and spiritual ability. Those who enroll will have already graduated from the schools of knowledge and gifting and will be on the verge of becoming true ‘Talmidim.’ They will receive world-class teaching in all aspects of Yeshua’s person as the Dbar Elohim and son of G-d. ‘This new wine’ in new wineskins will produce task/missionary Theologians with the Apostolic level ministry to influence cities and nations. 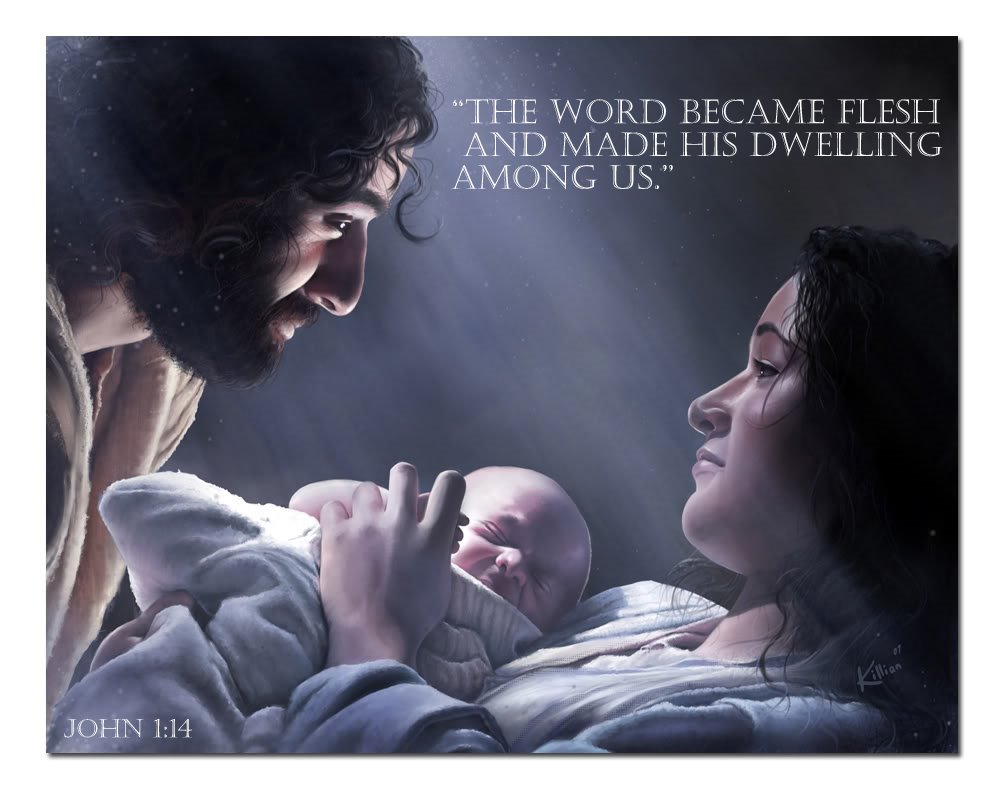 The divine Son of G-d, born to redeem the human race and restore sonship

The Yeshivah Revealing the Messiah as the Son of G-d and Dbar Elohim
The Jews have long believed in a G-d who has both transcendent and immanent aspects. It is G-D’s immanence, his presence with us, that has perplexed and fascinated mankind for centuries. Generations of scholars, both Jewish and Christian, have attempted to explain this mystery; the Jewish Kabbalists, for example, utilized the concept of ‘Malkut’ (kingdom), to illustrate God’s immanence. Jewish scholars appropriated the idea of the ‘shekinah,’ G-D’s feminine aspect, who tabernacles with us. Others refer to wisdom, the memra or the manifested Greek ‘logos’ to describe the son of God and the son of man. The brit ha hadasha, the New Testament, states that ‘the word of G-d was made flesh and dwelt among us. It is his divine word, his glory, the dbar Elohim who dwelt with us. Judaism has also taught the idea of two messiahs, Ben Joseph the suffering servant, and ben David who reigns. G-D is one but this oneness is a compound unity (echad) rather than monolithic, homogeneous unity (yachid). It was G-d’s immanence, his ‘kingdom,’ (malkut), his word (the aleph-tau, torah) which came near, took on flesh and dwelt among us. Yeshua, Jesus is thus both Messiah ben Joseph and ben David. It is his example that we seek to emulate by raising-up true talmidim.

Talmidim are people who are seeking greater Christ-likeness

Many of the teachings of Yeshua ha Mashiach can only be truly appreciated with knowledge of the language, background and exegetical principles which were in use at that time. Students will, therefore, need some familiarity with elements of Aramaic, Hebrew, Greek, rabbinic exegesis, textual criticism, and orality studies. The school of knowledge will develop critical thinking, memory, linguistic ability and Bible knowledge to an advanced level sufficient for admission to the yeshivah. The school of knowledge thus prepares the student for the advanced level of investigation required for messianic studies on Yeshua, Jesus in the yeshiva. Students of the school will therefore be able to: read approximately one hundred chapters of the Old Testament in Hebrew (perhaps the first few books of the Torah); have gained some awareness of Babylonian Jewish Aramaic; have knowledge of exegesis; have an awareness of western philosophy and a working knowledge of New Testament Greek. Alternatively, students can gain access by completing the foundation modules from ‘Bet Sefer’ School which will serve as adequate preparation for the school of knowledge modules. These studies will help to reveal the scriptures in an incredible fashion.

The Yeshivah is also a place for gifted people, prophets, intercessors, seers, healers, dreamers, evangelists and pastors. G-D has placed latent abilities within all of us. Unfortunately, most people never develop their spiritual potential to any degree. At the school of gifting your spiritual giftings (both predominant and sub-dominant) will be honed to a high level. Students who enrol will have located their gifting through the ‘Beyt Sefer’ where detailed discussion about discovering and using their giftings can be obtained. It would be beneficial to have an authentic and validated ministry. After completing these modules your level of facility in your area of gifting will be greatly enhanced.

The journey to becoming a true disciple of Christ can begin with a single step (or a single click of the mouse). You need only to engage with the lessons provided in the Beyt Sefer to begin to receive a new level of understanding and revelation in Christ, Yeshua. For those who feel they cannot complete the Talmidim Course, the Yeshivah offers the ‘talmidim awareness course’ which gives a general outline of both academic and practical spiritual gifting disciplines. The journey to true discipleship begins here.

THE SCHOOL OF NON-SECULAR-HUMANISTIC STUDY (SONS), A SCHOOL OF APOLOGETICS

SONS – A School of Apologetics: Restoring Theistic Education
The Yeshivah has a strong Theistic emphasis. We believe that all the natural sciences and arts find their true context within the backdrop and framework of a loving and benevolent creator. Secular-humanistic study disconnects the seeker of knowledge from this absolute reality and so inevitably leads to erroneous conclusions.

SONS – Restoring Ancient Methods of Inter-disciplinary Learning
Most graduates from modern seminaries and universities would be considered inferior in terms of all-around academic ability and training by the students of ancient academies. Even doctoral students, all too often, end up knowing a lot about a little. In contrast, an educated person in former times could be expected to know about a range of disciplines to a high level. Indeed, many of the great sages and scholars were experts in language, Philosophy, Astronomy, logic, and Theology. The yeshivah emphasizes this inter-disciplinary, polymathic approach to education along the lines of a baccalaureate and students can expect to be trained to a high degree in a range of key subjects.